This is the first of a planned series on Messianic prophecy, subtitled: "Proof that Christianity is true and Naturalism is false!" 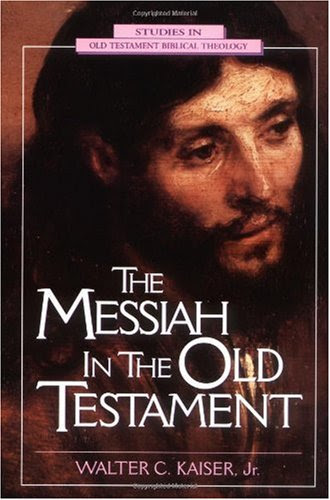 By "Christianity" I mean what Christian apologist C.S. Lewis called, "'mere' Christianity ... the belief that has been common to nearly all Christians at all times":

"Ever since I became a Christian I have thought that the best, perhaps the only, service I could do for my unbelieving neighbours was to explain and defend the belief that has been common to nearly all Christians at all times. ... what Baxter calls 'mere' Christianity." (Lewis, C.S., "Mere Christianity," Fount: London, 1977, Reprinted, 1997, p.vi).

and by Naturalism I mean, "the metaphysical position that `nature is all there is ...'":

"Metaphysical naturalism ... Naturalism is the metaphysical position that "nature is all there is, and all basic truths are truths of nature." ("Naturalism (philosophy)," Wikipedia, 8 October 2010).

By "messianic prophecy" I mean predictions or allusions in the Old Testament that converge uniquely on Jesus of Nazareth being the Messiah (see below).

By "proof" I mean beyond reasonable doubt.

This Introduction page has an index to Bible verses containing messianic prophecies. The order is canonical but I will post each verse(s) in assumed chronological order. Each verse(s) will be linked to a page devoted to that specific messianic prophecy. As I post each new page, I will link it back to this first page. However, I may add and/or delete verses from this list.

Jesus claimed that the Old Testament contained prophecies which were fulfilled in Him:

"Appeal to Messianic Prophecy .... JESUS `Do not think that I came to abolish the Law or the Prophets; I did not come to abolish, but to fulfill.' - Matthew 5:17. `And beginning with Moses and with all the prophets, He explained to them the things concerning Himself in the Scriptures.' - Luke 24:27. `Now He said to them, "These are My words which I spoke to you while I was still with you, that all things which are written about Me in the Law of Moses and the Prophets and the Psalms must be fulfilled."' - Luke 24:44. `You search the Scriptures, because you think that in them you have eternal life; and it is these that bear witness of Me ...' - John 5:39-40 ..." (McDowell, J., 1979, "Evidence That Demands a Verdict," [1972], Here's Life Publishers: San Bernardino CA, Revised edition, Twenty-ninth printing, 1988, Vol. I, pp.142-143. Emphasis original).

The New Testament writers also claimed that the Old Testament contained prophecies which were fulfilled in Jesus:

"NEW TESTAMENT WRITERS APPEAL TO PROPHECIES FULFILLED IN JESUS `But the things which God announced beforehand by the mouth of all the prophets, that His Christ should suffer, He has thus fulfilled.' - Acts 3:18. `Of Him all the prophets bear witness that through His name every one who believes in Him has received forgiveness of sins.' - Acts 10:43. `And when they had carried out all that was written concerning Him, they took Him down from the cross and laid Him in a tomb.' - Acts 13:29. `And according to Paul's custom, he went to them, and for three Sabbaths reasoned with them from the Scriptures, explaining and giving evidence that the Christ had to suffer and rise again from the dead, and saying, "This Jesus whom I am proclaiming to you is the Christ."' - Acts 17:2,3. `For I delivered to you as of first importance what I also received, that Christ died for our sins according to the Scriptures, and that He was buried, and that He was raised on the third day according to the Scriptures.' - I Corinthians 15:3,4. `Which He promised beforehand through His prophets in the holy Scriptures[, concerning His Son].' - Romans 1:2. ...." (McDowell, 1979, p.143. Emphasis original).

There are hundreds of these messianic prophecies:

"Prophecy, as Proof of the Bible. One of the strongest evidences that the Bible is inspired by God ... is its predictive prophecy. Unlike any other book, the Bible offers a multitude of specific predictions-some hundreds of years in advance-that have been literally fulfilled or else point to a definite future time when they will come true. In his comprehensive catalogue of prophecies, Encyclopedia of Biblical Prophecies, J. Barton Payne lists 1817 predictions in the Bible, 1239 in the Old Testament and 578 in the New (674-75). The argument from prophecy is the argument from omniscience. Limited human beings know the future only if it is told to them by an omniscient Being ... Messianic Predictions. There are two broad categories of biblical prophecy: messianic and nonmessianic. Payne (ibid., 665-70) lists 191 prophecies concerning the anticipated Jewish Messiah and Savior. Each was literally fulfilled in the life, death, resurrection, and ascension of Jesus of Nazareth " (Geisler, N.L., 1999, "Baker Encyclopedia of Christian Apologetics," Baker: Grand Rapids MI, pp.609-610. Emphasis original).

Many were very specific and were beyond mere human ability to fake their fulfillment. And the probability that even sixteen of these messianic prophecies were fulfilled in one man, Jesus, is astronomical:

"Prophecy and the Messiah. It is important to note unique things about biblical prophecies. Unlike many psychic predictions, many of these were very specific, giving, for example, the very name of the tribe, city, and time of Christ's coming. Unlike forecasts found in tabloids at the supermarket checkout counter, none of these predictions failed. Since these prophecies were written hundreds of years before Christ was born, the prophets could have been reading the trends of the times or making intelligent guesses. Many predictions were beyond human ability to fake a fulfillment. If he were a mere human being, Christ would have had no control over when (Dan. 9:24-27), where (Micah 5:2), or how he would be born (Isa. 7:14), how he would die (Psalm 22; Isaiah 53), do miracles (Isa. 35:5-6), or rise from the dead (Psalms 2, 16). It is unlikely that all these events would have converged in the life of one man. Mathematicians (Stoner, 108) have calculated the probability of sixteen predictions being fulfilled in one man (e.g., Jesus) at 1 in 1045. That forty-eight predictions might meet in one person, the probability is 1 in 10157. It is almost impossible to conceive of a number that large. ... All the evidence points to Jesus as the divinely appointed fulfillment of the Messianic prophecies. He was God's man, confirmed by God's signs (Acts 2:22)." (Geisler, 1999, pp.612-613. Emphasis original).

Also, many of these messianic prophecies depended on the reactions of others to Jesus, over which, if He was merely a man, He would have no control:

"Contrary to the `Passover Plot,' messianic prophecy is supernatural .... And in the case of Christ there are many reasons that he could not have manipulated events to make it look like he fulfilled all the predictions about the Old Testament Messiah. First of all, this was contrary to his honest character as noted above. It assumes he was one of the greatest deceivers of all time. It presupposes that he was not even a good person, to say nothing of the perfect man the Gospels affirm him to be. There are several lines of evidence that combine to demonstrate that this is a completely implausible thesis. Second, there is no way Jesus could have controlled many events necessary for the fulfillment of Old Testament prophecies about the Messiah. For example, he had no control over where he would be born (Mic. 5:2), how he would be born of a virgin (Isa. 7:14), when he would die (Dan. 9:25), what tribe (Gen. 49:10) and lineage he would be from (2 Sam. 7:12), and numerous other things. Third, there is no way short of being supernatural that Jesus could have manipulated the events and people in his life to respond in exactly the way necessary for it to appear that he was fulfilling all these prophecies, including John's heralding him (Matt. 3), his accuser's reactions (Matt. 27:12), how the soldiers cast lots for his garments (John 19:23, 24), and how they would pierce his side with a spear (John 19:34). Indeed even Schonfield admits that the plot failed when the Romans actually pierced Christ. The fact is that anyone with all this manipulative power would have to be divine-the very thing the Passover hypothesis is attempting to avoid. In short, it takes a bigger miracle to believe the Passover Plot than to accept these prophecies as supernatural." (Geisler, 1999, pp.585-586. Emphasis original).

I will expand on these points in future posts in this series. To be continued in Gn 3:15. "The seed of the woman who will crush the head of the serpent."

Smith, J.E., 1993, "What the Bible Teaches About the Promised Messiah: An In-depth Study of 73 Key Old Testament Prophesies About the Messiah," Thomas Nelson Inc: Nashville TN.

"Prophecies of the Messiah in the Hebrew Bible," Jews for Jesus, 13 October 2010.

Stephen E. Jones, BSc. (Biology).
My other blogs: The Shroud of Turin & Jesus is Jehovah!