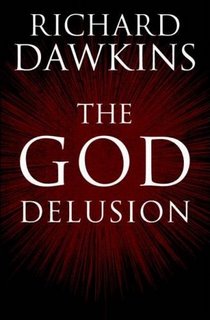 Now, in The God Delusion, Dawkins brings his attack on Christianity to a broader audience. .... There are few surprises ... Dawkins is a gifted writer who is able to popularize scientific concepts, and he writes with an acerbic style that fits his purpose in this volume. His condescending and sarcastic tone set the stage for what he hopes will be a devastating attack upon theism. Dawkins admits his "presumptuous optimism" in hoping that his book will cause persons to set aside their faith. "If this book works as I intend, religious readers who open it will be atheists when they put it down," he asserts. ... If Christianity is true (which it is), then it would be one of the greatest evils that one could do, to "cause persons to set aside their [Christian] faith." Indeed, Jesus warned that this is so, indicating that anyone who causes the least of His followers to miss out on eternal life:

In his opening chapter, he argues that most legitimate scientists--indeed all who really understand the issues at stake--are atheists of one sort or another. He defines the alternatives as between a stark atheism (such as that Dawkins himself represents) and a form of nonsupernatural religion, as illustrated by the case of Albert Einstein. "Great scientists of our time who sound religious usually turn out not to be so when you examine their beliefs more deeply," he explains. As examples, Dawkins offers not only Albert Einstein and Stephen Hawking but also Martin Rees, currently Britain's Astronomer Royal and President of the Royal Society. According to Dawkins, Rees "goes to church as an 'unbelieving Anglican ... out of loyalty to the tribe.'" As Dawkins explains, Rees "has no theistic beliefs, but shares the poetic naturalism that the cosmos provokes in the other scientists I have mentioned.He cites Einstein to the effect that he was a "deeply religious nonbeliever"--moved by the majesty of the cosmos but without any reference whatsoever to a supernatural being. This is only true due to the ~150 years of Darwinian `selective breeding' for the philosophies of Materialism (matter is all there is) and Naturalism (nature is all there is) that are rigorously enforced in science. It is thus a sociological (but not an essential) fact of modern science, as is evident that many (if not most) great scientists up to the mid-19th century were strong Christians.

But if Dawkins insists that science is inherently atheistic, then he is providing ammunition for a future US Supreme Court challenge based on Darwinist philosopher Michael Ruse's point that, "If Darwinism equals atheism then it can't be taught in US schools because of the constitutional separation of church and state":

"But while Dembski, Dawkins and Dennett are sipping the champagne for their very different reasons, there is a party pooper. Michael Ruse, a prominent Darwinian philosopher (and an agnostic) based in the US, with a string of books on the subject, is exasperated: `Dawkins and Dennett are really dangerous, both at a moral and a legal level.' The nub of Ruse's argument is that Darwinism does not lead ineluctably to atheism, and to claim that it does (as Dawkins does) provides the intelligent-design lobby with a legal loophole: `If Darwinism equals atheism then it can't be taught in US schools because of the constitutional separation of church and state. It gives the creationists a legal case. Dawkins and Dennett are handing these people a major tool.'" (Bunting, M., "Why the intelligent design lobby thanks God for Richard Dawkins," The Guardian, March 27, 2006).

"The metaphorical or pantheistic God of the physicists is light years away from the interventionist, miracle-wreaking, thought-reading, sin-punishing, prayer-answering God of the Bible, of priests, mullahs and rabbis, and of ordinary language. ... Agreed. It is good to see that Dawkins accepts that the "God of the Bible" is both "miracle-wreaking" and "sin-punishing"! And that therefore, if Christianity is true (which it is), then both: 1) Darwinism, which claims that all mutations in the history of life have been "random" in the sense of undirected on the assumption there is nothing "that could guide mutation in directions that are non-random":

"There is a fifth respect in which mutation *might* have been nonrandom. We can imagine (just) a form of mutation that was systematically biased in the direction of improving the animal's adaptedness to its life. But although we can imagine it, nobody has ever come close to suggesting any means by which this bias could come about. It is only in this fifth respect, the 'mutationist' respect, that the true, real-life Darwinian insists that mutation is random. Mutation is not systematically biased in the direction of adaptive improvement, and no mechanism is known (to put the point mildly) that could guide mutation in directions that are non-random in this fifth sense. Mutation is random with respect to adaptive advantage, although it is non-random in all sorts of other respects. It is selection, and only selection, that directs evolution in directions that are nonrandom with respect to advantage." (Dawkins, R., "The Blind Watchmaker: Why the Evidence of Evolution Reveals a Universe Without Design," W.W Norton & Co: New York NY, 1986, p.312. Emphasis original).

is false; and 2) those like Dawkins who attack Christianity and persecute Christians, should expect a "sin-punishing" that fits the crime (bearing in mind that Jesus taught in Mat 25:31-46 that a, if not the, main factor in the Last Judgment will be what one's attitude was to Christians in this life).

As Dawkins then makes clear, his attack upon belief is explicitly and exclusively directed toward belief in supernatural gods. As he explains, "the most familiar" of these deities is Yahweh. Put simply, Dawkins holds no respect for those who believe in the God of the Bible, whom he describes as ruthless, cruel, selfish, and vindictive. Accordingly, Dawkins does not understand why social etiquette requires respect for those who believe in God. What Dawkins conveniently ignores is that "the God of the Bible" is primarily loving (1 Jn 4:8,16), so much so that He became man in Jesus and suffered a horrific death on the Cross to bear the punishment of Dawkins' (and everyone's) sin (Jn 3:16) and is only "ruthless, cruel, selfish, and vindictive" (to use Dawkins' words) to those who spurn God's gracious offer of salvation (Jn 3:17-19).

In one of the central chapters of his book, Dawkins attempts to accomplish two simultaneous purposes: to undermine the intellectual movement known as Intelligent Design and, in a twist of its logic, to suggest that belief in God is itself a refutation of the very notion of an intelligent design. For starters, Dawkins simply ignores that "intelligent design" makes no claim about "God." All ID claims is that there is empirically detectable evidence of design in nature. That is, ID makes no claim who (or what) the designer was. Thus agnostics like Michael Denton, who regards design as an inherent property of the laws of nature can be a leading member of the ID movement.

The very notion of a supernatural agent flies directly in the face of his presuppositional naturalism. Therefore, by definition, such a God cannot exist and those who believe in such a God prove their intellectual inadequacy or gullibility. If this is actually what Dawkins wrote, then see above on begging the question. Merely setting up a "definition" which states that "such a God cannot exist" does not thereby mean that actually "such a God cannot exist." As Fearnside and Holther point out of such "true by definition" statements, "definitional truth is ... innocent of any factual substance" it "give[s] no information about the world, but only about the use of language ... such truth is tautological or trivial" (my emphasis):

"There is a third variety of true sentences which logicians frequently speak of, `true by definition.' ... Like the other kinds of logical truth, definitional truth is also innocent of any factual substance - the only information it gives is that if you define a term in a certain way, then, the conditions of the definition being met, you can use the term. ... They give no information about the world, but only about the use of language in reasonable discourse. It is this lack of material content that is referred to when it is said that such truth is tautological or trivial." (Fearnside, W.W. & Holther, W.B., "Fallacy: The Counterfeit of Argument," Prentice-Hall: Englewood Cliffs NJ, 1959, 25th printing, pp.136-137).

Stephen E. Jones, BSc (Biol).
Genesis 3:21-24. 21The LORD God made garments of skin for Adam and his wife and clothed them. 22And the LORD God said, "The man has now become like one of us, knowing good and evil. He must not be allowed to reach out his hand and take also from the tree of life and eat, and live forever." 23So the LORD God banished him from the Garden of Eden to work the ground from which he had been taken. 24After he drove the man out, he placed on the east side of the Garden of Eden cherubim and a flaming sword flashing back and forth to guard the way to the tree of life.