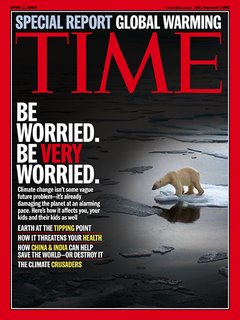 "nations in anguish and perplexity"(v.25) and "men fainting at heart from fear, and expectation of the things coming on the world" (v.26 YLT)

in between the end of,

"Jerusalem trampled on by the Gentiles" (v.24)

So to my fellow Christians, don't be worried, but rather,

"When these things begin to take place, stand up and lift up your heads, because your redemption is drawing near"! (my emphasis).]

"Again, at the other end of the process it is as difficult to account for the last touches of perfection in the mimicry. Some insects which imitate leaves extend the imitation even to the very injuries in those leaves made by the attacks of insects or of fungi. Thus, speaking of one of the walking-stick insects, Mr. Wallace says: `One of these creatures obtained by myself in Borneo (Ceroxylus laceratus) was covered over with foliaceous excrescences of a clear olive-green colour, so as exactly to resemble a stick grown over by a creeping moss or jungermannia. The Dyak who brought it me assured me it was grown over with moss although alive, and it was only after a most minute examination that I could convince myself it was not so.' [Wallace A.R., "Natural Selection and Tropical Nature," 1895, p.64] Again, as to the leaf butterfly, he says: `We come to a still more extraordinary part of the imitation, for we find representations of leaves in every stage of decay, variously blotched, and mildewed, and pierced with holes, and in many cases irregularly covered with powdery black dots, gathered into patches and spots, so closely resembling the various kinds of minute fungi that brow on dead leaves, that it is impossible to avoid thinking, at first sight that the butterflies themselves have been attached by real fungi.' [Loc. cit. p.60] Here imitation has attained a development which seems utterly beyond the power of the mere `survival of the fittest' to produce. How this double mimicry can importantly aid in the struggle for life seems puzzling indeed, but much more so how the first faint beginnings of the imitation of such injuries in. the leaf can be developed in the animal into such a complete representation of them - a fortiori how simultaneous and similar first beginnings of imitations of such injuries could ever have been developed in several individuals, out of utterly indifferent and indeterminate minute variations in all conceivable directions." (Mivart St.G. J., "On the Genesis of Species," Macmillan & Co: London, Second edition, 1871, pp.40-41)