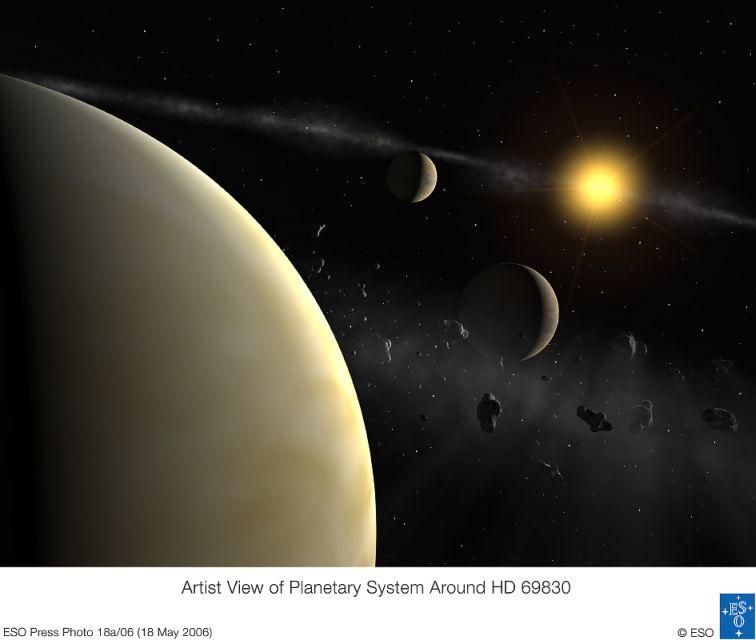 ... In the early years of planet hunting, the wobble technique was sensitive enough to spot only large, massive planets because they produce more significant stellar wobbles. However, the technique has since been refined to the point where lower-mass planets can now be detected. [Well, astronomers have not yet found any truly Earth-size exoplanets, as yet. That could be because either: 1) they are there but not yet detected; 2) they are rare; or 3) they don't exist.] 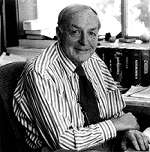 I have scanned and placed on my website an amazing chapter out of a slim book I bought at a remainder stall, Professor Stuart Ross Taylor, "The Solar System: An Environment For Life?," in Walter, M., ed., et al., "To Mars and Beyond: Search for the Origins of Life," Art Exhibitions Australia: Sydney & National Museum of Australia: Canberra, Australia, 2001, pp.57-67. It reads like something out of The Privileged Planet, not by an Emeritus Professor of Planetary Science at the Australian National University! I intend to quote from that chapter as appropriate. However, I will quote Prof. Taylor's conclusion first, as it is appropriate to this post:

"These new discoveries reinforce the message from our own system. Nothing resembling our Solar System has been discovered. The conditions that existed to make our set of planets are not easily reproduced elsewhere. Indeed, no two planets in the Solar System are alike. Likewise, the 80-odd moons are also odd characters that defy efforts to put them into pigeonholes. So it should have come as no surprise that when nature tried elsewhere to build planets the end result was different. We are left with the conclusion that attempts to find some general formulae for recreating the detail of the Solar System are likely to be on the wrong track. Local accidents have predominated over general theories, just as some overlooked detail of the landscape may ruin the course of a battle that was planned according to the best principles of military strategy." (Taylor, S.R., "The Solar System: An Environment For Life?," in Walter, M., ed., et al., "To Mars and Beyond: Search for the Origins of Life," Art Exhibitions Australia: Sydney & National Museum of Australia: Canberra, Australia, 2001, p.67)

As will be seen by reading the online chapter, or when I post further quotes from it, it is increasingly likely that our Solar System, the Earth and life on it, are unique in the entire Universe!

Prof. Taylor seems to agree with that (or at least the unlikeihood of disproving it), because he said in 1999:

"When the remote chances of developing a habitable planet are added to the chances of developing both high intelligence and a technically advanced civilization, the odds of finding 'little green men' elsewhere in the universe decline to zero." (Taylor, S.R., in "Other stars, other worlds, other Life?," Holoscience, Views, 15 December 1999)

and discoveries since then have given him no reason to change his mind.]

"As far as distant stars and galaxies are concerned, there is no evidence either in science or Scripture, that any of them have planets."

"If creationists wish to scrap stellar evolution completely, then it is incumbent on us to rework stellar structure and/or physics in a convincing fashion...

"The standard observational tool used in studying stellar structure and evolution is the Hertzsprung-Russell (H-R) diagram... It consists of a plot of stellar luminosity increasing upward and temperature increasing to the left...Most stars are found on a roughly diagonal band called the main sequence (MS)...

"This agreement is quite impressive and the physical assumptions that go into it are so well founded it is doubtful that many creationists would have much to argue with in main sequence (MS) stellar structure. However, what is generally called post MS evolution is not far removed from the brief outline of stellar structure given above.

"The most massive stars may pass through successive steps of fusing helium nuclei with increasingly more massive nuclei up to iron...Note that these transitions have not actually been observed. However, they are based on physics principles and will naturally occur...

"And evolutionary assumption concludes that the stars in a star cluster should form from a single cloud so that the members represent...a homogenous group. Different clusters should have different ages, and though they technically have different compositions, even large differences in composition do not seriously affect the overall appearance of an H-R diagram...

"The agreement of the theory [of stellar evolution] is quite impressive...

"[The expected evolutionary] trend between globular and open clusters is observed...

"Evidence [exists] that the formation of planetary nebulae and the evolution of white dwarfs are related...These two ages have a very good correlation...

"Very brief discussions of stellar structure and evolution have been presented. Though it would seem that creationists would not have much with which to quarrel in the former, most would largely dismiss the latter. However, the two are intimately related, and one cannot be rejected without seriously calling into question the other. We are appealing to readers to give much attention to the study of stellar evolution..."

"Perhaps the most important remaining question [in astronomy] for [young- universe] creationists is the origin of the turnoff points in the H-R diagrams of different clusters. The stars are real physical objects and presumably follow physical laws; we would rather not take the easy way out by saying simply that `God made them that way.' But if creationists take the position of rejecting stellar evolution, they should provide a feasible alternative."

What fraction of stars in our Galaxy might play host to planets that can support multi-cellular life? Lineweaver and others have calculated the probable extent of hospitable space for complex life in the Galaxy, called the “Galactic habitable zone.” The criteria include distance from deadly supernovae, enough heavy elements to form terrestrial planets, and enough time for life to evolve. Based on these criteria, the Galactic habitable zone is an annular region between 7 to 9 kiloparsecs from the Galactic center and contains about 10% of the Milky Way stars with ages between 4 to 8 billion years old. [The Milky Way, like most of the 100+ billion other galaxies in the cosmos, contains over a billion stars.]

>Edward T. Babinski said...
"As far as distant stars and galaxies are concerned, there is no evidence either in science or Scripture, that any of them have planets."

As you well know, having debated me on various C/E lists over the years, I am not (and unlike you, never have been) a YEC.

However, to refresh your memory, CED's title block says: "I am an Australian Christian *old*-Earth creationist/IDist biologist who accepts common ancestry." (my emphasis).