Re: What is your view of the Noahacian flood? #2 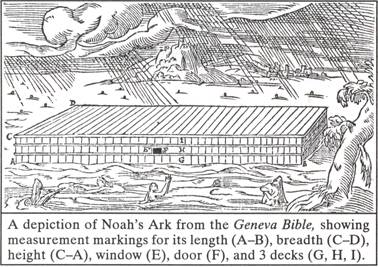 5. Now finally to your question: "the Noahacian flood" was it "[a] global, [b] local but anthro- pological universal, or [c] fully local"? As you rightly say, each of these positions "has problems." Since we know from 3. in part #1 that there was a Noah, an Ark and a Flood (or else Jesus was wrong in which case He is not God and Christianity is false and there is no point even bothering about Noah's Flood), it is a case of eliminating those positions which have the most problems.

[a] "Global." This has the most problems:

"The problems in connexion with a universal flood are enormous. .... One point must be dearly understood before we commence these criticisms: the flood is recorded as a natural-supernatural occurrence. It does not appear as a pure and stupendous miracle. The natural and the supernatural work side by side and hand in hand. If one wishes to retain a universal flood, it must be understood that a series of stupendous miracles is required. Further, one cannot beg off with pious statements that God can do anything. We concur enthusiastically with Smith when he wrote: `That the Omnipotent could effect such a work [a universal flood], none can doubt; but we are not at liberty thus to invent miracles, and the narrative in the Book of Genesis plainly assigns two natural causes for the production of the diluvial waters.' [Smith J.P., "On the Relation Between the Holy Scriptures and some parts of Geological Science," Appleton: New York, 1840, p.132]... There is the problem of the amount of water required by a universal flood. All the waters of the heavens, poured all over the earth, would amount to a sheath seven inches thick. If the earth were a perfect sphere so that all the waters of the ocean covered it, the depth of the ocean would be two and one-half to three miles. To cover the highest mountains would require eight times more water than we now have. It would have involved a great creation of water to have covered the entire globe, but no such creative is hinted at in the Scriptures. The mixing of the waters and the pressure of the waters would have been devastating. Many of the salt-water fish and marine life would die in fresh water; and many of the fresh-Water fish and marine life would die in salt water. An entire marine creation would have been necessary if the waters of the earth were mixed, yet no such hint is given in the account. Furthermore, the pressure of the water six miles high (to cover the Himalayas) would crush death the vast bulk of marine life. Ninety per cent of marine life is within the first fifty fathoms. The enormous pressure of six miles of water on top of these forms (most of which cannot migrate, or migrate any distance) would have mashed them. The result on plant life would have been equally devastating. Practically the entire world of plants would have perished under enormous pressure, the presence of salt water, and a year's soaking. Innumerable life cycles of plants and insects would have been interrupted and would have required a creative work almost as extensive as the original creation to restore the earth. No such destruction and no such re-creation is hinted at in the Scriptures. ... Getting rid of such a vast amount of water would have been as miraculous as providing it. If the entire world were under six miles of water, there would be no place for the water to drain off. Yet the record states that the water drained off with the help of the wind (Gen. 8:1). A local flood would readily account for this, but there is no answer if the entire world were under water." (Ramm, ., "The Christian View of Science and Scripture," [1955] Paternoster: Exeter, Devon UK, 1967, reprint, pp.165-166. Emphasis original).

It is also the least likely, Biblically. That is, Moses and his hearers in ~1,500 BC would not have known that the Earth was a globe, and would have understood by "earth" (Heb. 'eres "land") a local or regional area:

"Noah's Ark and the Flood. As to the Great Deluge of Genesis 6-8 ... the comparative lack of geologic evidence for a world-wide cataclysm has given rise to doubts as to the universality of the Flood. No characteristic or uniform flood-type deposits have been discovered in the sites excavated in the Mesopotamian Valley. The thick flood stratum found by Leonard Woolley at Ur dates from early fourth millennium (ca. 3800 B.C.), but only one other flood stratum from that period has thus far been discovered, that found by Stephen Langdon at Kish (a much shallower deposit, incidentally). The other flood deposits, discovered at Kish, Shuruppak, Uruk and (possibly) Lagash, represent an inundation of a thousand years later, judging from the archaeological remains and stratigraphical sequence. While the excavations may not in all cases have penetrated low enough to reach the 3800 B.C. level in some of the above mentioned, in Kish, at least, the dig went down to apparently undisturbed virgin soil right below the 2800 B.C. level. It is of course true that these few deep excavations are insufficient for any firm conclusions. But they have led most archaeologists to question the possibility of a general deluge over a more than local area-at least within the period investigated in the excavations themselves-and even staunch conservative apologists ... have defended the theory of a flood restricted to the cradle of the human race in Mesopotamia (or possibly extending up to the Caspian basin). ... The Jamieson, Fausset and Brown Commentary (Vol. I, p.98) indicates that the Hebrew text does not necessarily imply a universal flood. .... In explanation of this assertion, it needs to be pointed out that the Hebrew 'eres, translated consistently as `earth' in our English Bibles, is also the word for `land' (e.g., `the land of Israel,' `the land of Egypt'). There is another term tebel, which means the whole expanse of the earth, or the world as a whole. Nowhere does tebel occur in this account, but only 'eres, in all the statements which sound quite universal in the English Bible (e.g., 7:4, 10, 17, 18, 19). Thus, Genesis 6:17c can be rendered: `...everything that is in the land shall die'-that is, in whatever geographical region is involved in the context and situation." (Archer G.L., "A Survey of Old Testament Introduction," Moody Press: Chicago IL, 1964, pp.192-194)

[b] "local but anthropological universal." This has the problems that: 1) there is evidence of "men ... found outside the Mesopotamian area long before the flood":

"There are three views of the local flood: (i) Some assert that man never spread beyond the Mesopotamian valley. This is impossible to defend in that it is so well proven that men were to be found outside the Mesopotamian area long before the flood. (ii) G.F. Wright believes that the ice-age drove man into the Mesopotamian valley. (iii) A third view, and the one which we hold, is that the entire record must be interpreted phenomenally. If the flood is local though spoken of in universal terms, so the destruction of man is local though spoken of in universal terms. The record neither affirms nor denies that man existed beyond the Mesopotamian valley. Noah certainly was not a preacher of righteousness to the peoples of Africa, of India, of China or of America-places where there is evidence for the existence of man many thousands of years before the flood (10,000 to 15,000 years in America). The emphasis in Genesis is upon that group of cultures from which Abraham [and the Messiah] eventually came." (Ramm, Ibid, p.163. Words in square brackets mine)

Ramm wrote the above over 50 years ago, and today there is evidence of Homo sapiens in Australia ~40,000 years ago:

"Australia's oldest human remains, found at Lake Mungo, include the world's oldest ritual ochre burial (Mungo III) and the first recorded cremation (Mungo I). Until now, the importance of these finds has been constrained by limited chronologies and palaeoenvironmental information. Mungo III, the source of the world's oldest human mitochondrial DNA, has been variously estimated at 30 thousand years (kyr) old, 42-45 kyr old and 62 ±6 kyr old, while radiocarbon estimates placed the Mungo I cremation near 20-26 kyr ago. Here we report a new series of 25 optical ages showing that both burials occurred at 40±2 kyr ago and that humans were present at Lake Mungo by 50-46 kyr ago, synchronously with, or soon after, initial occupation of northern and western Australia. Stratigraphic evidence indicates fluctuations between lake-full and drier conditions from 50 to 40 kyr ago, simultaneously with increased dust deposition, human arrival and continent-wide extinction of the megafauna. This was followed by sustained aridity between 40 and 30 kyr ago. This new chronology corrects previous estimates for human burials at this important site and provides a new picture of Homo sapiens adapting to deteriorating climate in the world's driest inhabited continent." (Bowler J. M., Johnston H., Olley J.M., Prescott J.R., Roberts R.G., Shawcross W. & Spooner N.A., "New ages for human occupation and climatic change at Lake Mungo, Australia," Nature, 421, 20 February 2003, pp.837-840).

And (2), the Bible itself tells us how extensive the Flood was. At the end of the Flood, in Gen 9:18-19, it says that the earth (Heb. land) was repopulated by the descendants of the sons of Noah:

"18The sons of Noah who came out of the ark were Shem, Ham and Japheth. (Ham was the father of Canaan.) 19These were the three sons of Noah, and from them came the people who were scattered over the earth. ? "

and in the next chapter, immediately after the Table of Nations (Gen 10:1-31) in Gen 10:32, it says that from them these "nations spread out over the earth [Heb. land] after the flood":

"32These are the clans of Noah's sons, according to their lines of descent, within their nations. From these the nations spread out over the earth [Heb. land] after the flood."

However, as Ramm points out, "An examination of the Table of Nations of Gen. 10 discloses that no mention of the Mongoloid or Negroid races is made. .... The sons of Noah were all Caucasian as far as can be determined, and so were all of their descendants:"

"An examination of the Table of Nations of Gen. 10 discloses that no mention of the Mongoloid or Negroid races is made. Some anthropologists believe that it is impossible to make any racial distinctions among humans, others make two main divisions, but most accept with modifications and qualifications and exceptions the triadic division of Negroid, Mongoloid, and Caucasoid. As far as can be determined the early chapters of Genesis centre around that stream of humanity (part of the Caucasoid race) which produced the Semitic family of nations of which the Hebrews were a member. The sons of Noah were all Caucasian as far as can be determined, and so were all of their descendants. The Table of Nations gives no hint of any Negroid or Mongoloid peoples." (Ramm, Ibid, p.234).

Genesis itself (and therefore God Himself) is telling us that the Flood was neither global, nor anthropologically universal.